I’m sure we all experienced a few déjà vu moments in late 2021. Stuff that we’d hoped was put to bed but which, despite everyone’s best efforts, has resulted in some rather familiar ugly heads being raised again in 2022. It may not be Groundhog Day, but right now, there’s a depressingly distinct whiff of familiarity about the place. So, as we start yet another year filled with a heady mixture of hope and Covid restrictions, it’s probably a good time to dust off the crystal ball and have a thought or two about what might happen in 2022 in the world of small-scale property development.

One of the most publicised property development challenges in 2021 was an increase in the cost of materials. Plasterboard became the builder’s equivalent of lockdown toilet roll, and many a desperate developer was surprised to find themselves with a dependency on a grey, powdery substance with a street value that had rocketed due to its short supply. 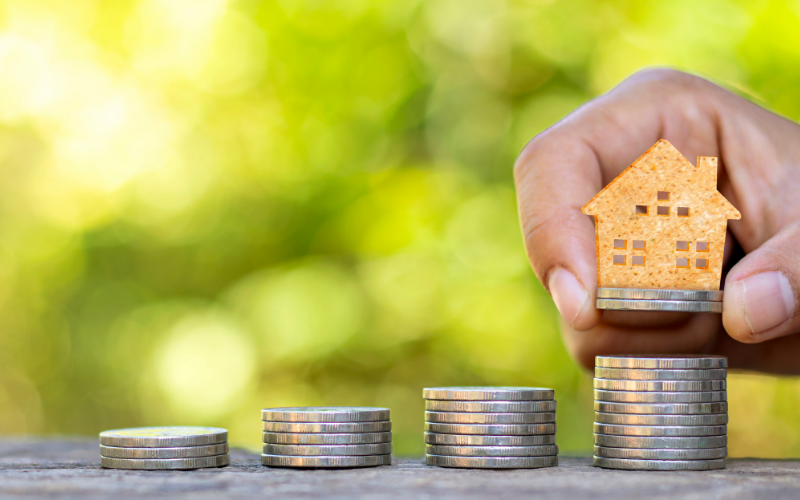 And it wasn’t only cement; many construction commodities had either mysteriously disappeared from the supply chain or were being stockpiled by a horde of increasingly paranoid builders.

Given that bricks and cement are to construction what cardboard and sticky tape are to online retail, this sounds like quite a biggie. After all, you can’t exactly knock up a block of flats today and pour in the cement later, so presumably developers had no choice but to absorb these higher materials cost? True, but here’s the thing; while construction costs went up in 2021, it didn’t become a deal-breaker for most developers. Let’s say you were building a handful of flats with a gross development value of £1m, and your total construction costs were around £400k. Assuming that half of this cost relates to labour, then this would mean you were spending £200k on materials. If half of these materials (i.e. £100k of them) went up by 25% as a result of recent price increases, then you would end up forking out an extra £25k. What impact would this have on your profitability? Well, it means that your 20% target profit of £200k for the entire project would go down to 17.5% or £175k, assuming you absorbed the increase. And while £25k is not to be sniffed at, it’s certainly not a reason to run for the hills. Clearly, this is an over-simplification as there may be other costs, for example, increased finance costs due to delays in obtaining materials. But the point is that cost increases in isolation are not usually deal-breaking. 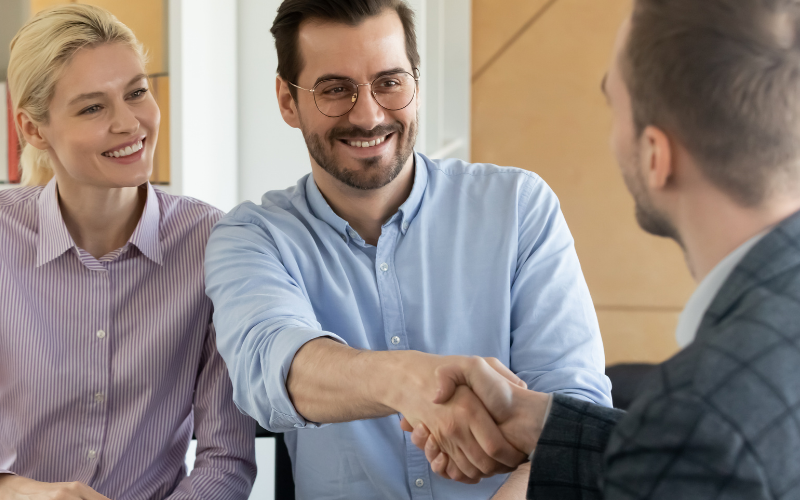 So, what will happen to costs in 2022? Many experts are predicting that the cost of cement, concrete, and bricks won’t fall significantly until the mid-year point, while timber and steel prices are likely to settle down earlier, perhaps by the end of the first quarter. A lot depends on suppliers being able to rebuild their inventories, but if you’re at the start of your development journey, then there’s a fair chance prices will have returned to within 10% of ‘normal’ levels by the time you need to order them. Planning reform is an area where the government seems to take two steps forward before belatedly discovering that what they’ve proposed will be hideously unpopular and so take two steps back. Under Robert Jenrick’s stewardship, we saw a simplified yet draconian proposal to repair the planning system and build more stuff.

Land throughout the country was to be allocated one of three designations, namely:

It certainly epitomised Boris’s ‘build, build, build’ mantra, but was about as welcome with council planners and nimbyists as a tabloid photographer at a Downing Street Christmas party. The problem is that major planning overhauls require a scalpel rather than a cleaver (or a sledgehammer in Jenrick’s case). Council planning officers don’t like power being taken away from them and so talk loudly about the new rules allowing rogue developers to build whatever they want to the detriment of the local population. The local media scream ‘foul’, and voters get both scared and hot-under-the-collar before exercising their displeasure at the local election ballot box. This results in a Tory backbench backlash and another housing minister thrown under a JCB.

Interestingly, we now have that redoubtable heavyweight, Michael Gove, in charge of housing and planning reform. That said, he does have quite a lot else within his rather hefty portfolio and, so far, he’s not been heavy on the details when it comes to what the revised planning reforms will look like. But what we DO know is that he’s passionate about building on brownfield and that he likes the idea of locals influencing planning decisions. So, we can probably expect a compromise then, one that’s going to offer something to (hopefully) better-resourced local planning departments, appeasing the nimbyists while allowing the country’s potential million-plus brownfield units to be built. It seems reasonable to expect that Gove will furnish us with more details in the first quarter of 2022. He’ll also stick with the modernisation mantra (the current planning system is in many respects a child of the 1950s).

Linked to this, there’s the weighty matter of Permitted Development Rights (PDRs). These were significantly reinvented in 2015 and are supposed to provide a much-needed shortcut through our woeful planning system. They enable developers to, among other things, change the use of a building without the need to apply for full planning permission. A good thing, then? Well, yes, in principle, but it’s fair to say that PDRs had some problematic teenage years, which have led to a bad rep in some quarters. More specifically, since national space standards never used to apply to permitted development schemes, it allowed a small minority of unscrupulous individuals to build tiny flats with no windows. The result was low-quality housing built by low-quality developers, and certainly a low point in the history of permitted development. But then along came rehab, and since April 2021, all permitted development schemes have had to comply with national space standards and the provision of adequate natural light. So, no more dark rabbit hutches, yet numerous commentators continue to bad-mouth PDRs as a source of poor-quality housing. But if they now have adequate natural light and comply with national space standards, how bad can they really be? Answers on a postcard, please.

Whatever your view, it seems likely that Gove will continue to use PDRs as a means to convert brownfield commercial property into residential. There’s a solid logic to the argument; by recycling property and building more homes in our town centres, we create a knock-on demand for local businesses, e.g., cafes, pubs, restaurants, mini-marts, boutiques, and so on. This breathes life into high streets, which, let’s be honest, have been struggling for years. And with so much unused brownfield stock available, it surely makes sense to recycle it rather than ignore it and build on green belt land instead.

Let us turn finally to the question of the housing market, which had quite the frenetic 2021, with many homeowners re-evaluating their home circumstances and work/life balance. 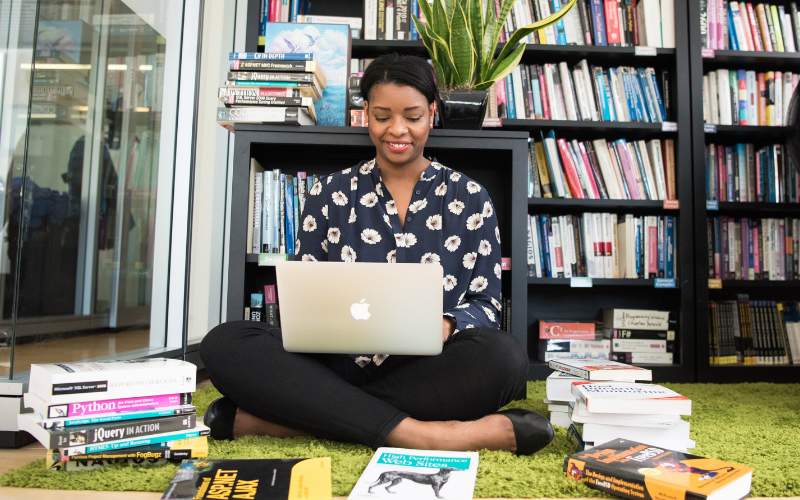 There’s been much speculation about the market’s direction of travel, and despite numerous gloomier forecasts, prices continued to climb through November 2021, standing 10% higher than a year previously. Estate agents have been known to talk up the market a little (perhaps because in the estate agents’ dictionary, ‘small’ is spelled ‘deceptively spacious’), but even so, many pundits are predicting a 5% market increase in 2022 and a ‘return to normality’, if you can remember what that looks like. An anticipated rise in interest rates coupled with more properties coming onto the market will shift the balance of power away from sellers. With market props such as stamp duty holidays conspicuous by their absence, a more ‘normal’ year sounds like a reasonable prediction. Unknowns such as Omicron could yet prove influential, but overall a less buoyant market seems likely, albeit one with no massive price adjustments in prospect. Most predictions expect that 2023 will have higher house price inflation than 2022. 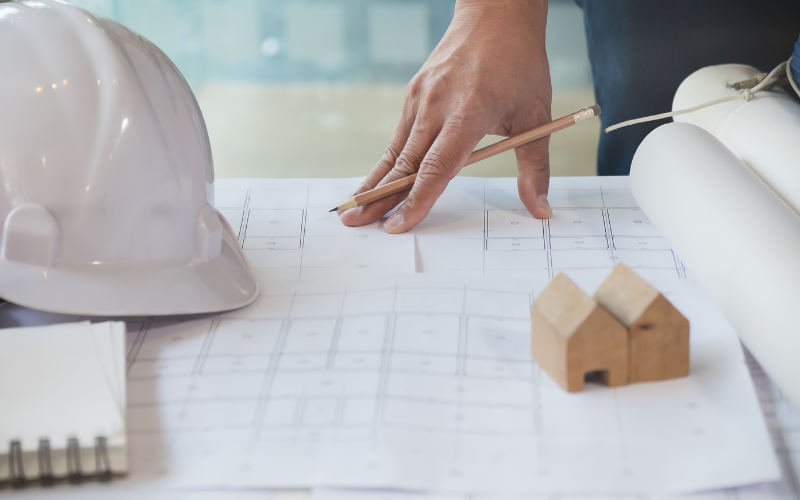 For developers, the impact of house price changes is relevant but often not crucial, assuming there are no significant adjustments on the horizon. Plus, of course, the time lag in delivering a new development will push sales into late 2022 or 2023. A more relevant consideration may be what to build and where, as the shopping list for some house buyers in 2021 changed significantly. A work-from-home space, a garden, and broadband speeds of biblical proportions all featured on the post-Covid shopping list, as did a move towards more rural locations. Whether these will prove to be a temporary blip remains to be seen; however, your local estate agent will be able to give you a good steer. Just be sure to take your dictionary with you.