Part 7 of an eight-part series written by Ian and Ritchie for Property Investor News, featuring some of the key aspects of small-scale property development covered by propertyCEO’s ‘8-Pillars’ system. This article appeared in the February 2022 edition of the magazine.

In part 7, Ritchie looks at the technical side of development.

One of the key benefits of being a property developer is the leverage you get from your team of professionals. You’ll have a significant number of highly trained and experienced people working on your project and ultimately answerable to you. While this means that no one will be looking to you personally for structural engineering advice or planning guidance, it pays dividends to have a broad understanding of the end-to-end development process. This can be particularly true during the construction phase, when you’ll be leaving much of the heavy lifting to your project manager. However, it pays to be in the loop and up to speed not only on what is happening on-site but also what should be happening.

As with many things in life, deal analysis is easier if you approach it as a system. The first thing to point out is that you don’t want to do an in-depth analysis of every deal you look at because you won’t have enough time. 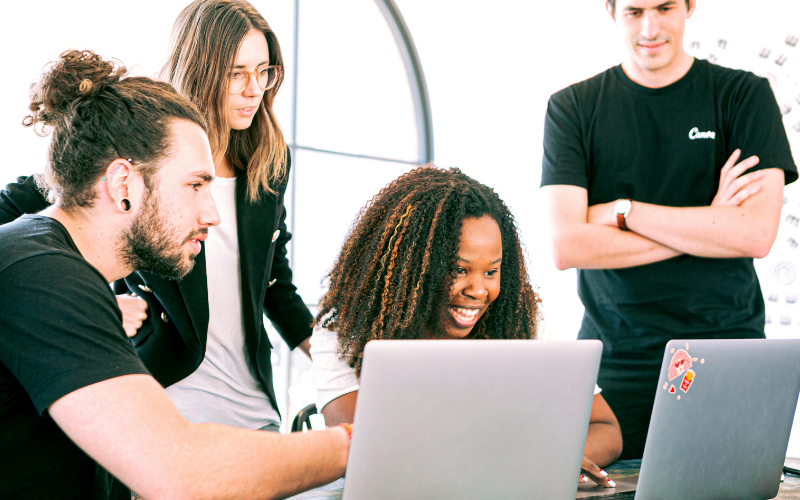 Before we look at some of the technical aspects of development, it’s important to remember that, as a developer, you need to be playing the role of Chief Executive Officer (CEO) rather than a hands-on project manager. As a result, you’re not trying to master every detail. Instead, you need a high-level overview of some things and a more in-depth understanding of others. A good analogy is that of the cabinet minister who has been re-shuffled to a new department. They will inherit a team of civil servants who collectively understand every detail within the department’s brief. The minister in question won’t know a great deal about their new portfolio on Day 1, but over time will build up a high-level knowledge of what they need to know to do their job. And they’ll have their experienced team beneath them who understand the detail and who can be called on as necessary to advise. The minister is effectively the CEO of their department, and you’ll be playing a similar role for your own development business.

As a developer, you’re going to be meeting quite a few people who will be critical to your project. You’ll be working alongside maybe two dozen or so professional disciplines, ranging from the more senior team members such as your architect, structural, engineer, project manager, and contractor, right through to more specialist roles such as asbestos consultant, warranty assessor, and health and safety consultant. Forge good relationships with each of them and make a point of understanding their brief for your project. As a minimum, you should know what their deliverables and responsibilities are.

Aside from murdering your contractor, there’s only one area where you, as a developer, could be looking at jail time if you get things wrong, and that’s health and safety. The Construction (Design & Management) Regulations 2015 (CDM regulations) set out the health and safety-related responsibilities of people involved on a construction project. Critically these responsibilities apply not only to the construction phase, where arguably the most significant risk is but are also designed to protect the safety of people who go on to occupy what gets built. Even more critically, the person deemed to be ultimately responsible for health and safety on a construction project is the developer, which will be you. Since there are some pretty harsh penalties for getting it wrong, it’s something you should be paying close attention to. 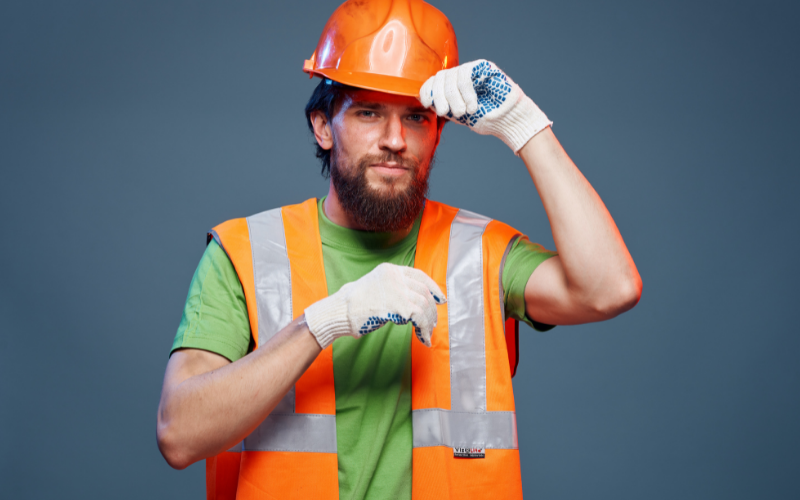 The organisation that oversees the CDM regulations is the Health & Safety Executive (HSE). You may think it’s a tad unfair that they’ve put your name in the frame, given you’re not spending every day on-site in a hard hat overseeing things. Surely your contractor should be on the hook for health and safety instead of you? Nice try, but the HSE takes a top-down approach to enforcement, and as the overall boss, that means you get to be responsible. That said, your contractor certainly isn’t exempt from having H&S responsibilities, and so if there’s a problem, it could be mildly reassuring to think that you and they could become cellmates.

If this all seems somewhat alarmist, let me give you some comfort. The CEO of any business is, to some extent, ultimately responsible for the health and safety of all their staff, but they typically employ other people to manage it. As a developer, you should hire a Health and Safety Consultant, which should help ensure your back is covered. I wouldn’t recommend you rely on your contractor’s own health and safety advisor to protect your position. Their first allegiance will be to your contractor, and you want someone you can guarantee will call issues out and hold people accountable, including the contractor. However, even with your H&S consultant on board, you shouldn’t be complacent; make sure you set the right tone with your contractor when you visit your site. Ask yourself some basic questions; were you asked to sign in, is everyone wearing suitable PPE, is the site a mess, and is an F10 notice displayed in the site office? If not, a firm word with the site manager or MD is in order, particularly as HSE inspectors can turn up on your site unannounced.

Planning is a crucial part of development, and every developer needs to understand how the system works and how to de-risk it as much as possible. One of the most significant risks is a lack of certainty. On paper, the council has fixed timescales to determine your application. But that bird can quickly fly south when issues arise or when there are insufficient resources to consider your application. It’s all too easy for planning apps to be refused or kicked into the long grass. Get your architect or planning consultant to submit your planning applications, as the applicant’s details are on public record, and you really don’t want to get spammed by every subcontractor in the county who’s touting for work. Also, make sure you (or they) have done a proper job on what they’ve submitted. Missing information leads to delays, and a submission that looks like a six-year-old’s homework won’t do you any favours. Planning teams are massively under-resourced, so you should genuinely want to be making their job of assessing your application as easy as possible.

The most contentious aspect of any planning application is nearly always a change of use, e.g., from commercial to residential. This is where an understanding of permitted development rights (PDRs) can be really beneficial. PDRs allow for a change of use without the need to obtain full planning permission, although you may still need prior approval from the LPA. For some reason, some developers are shy about learning about planning rules, preferring to leave it to the experts. This is a massive missed opportunity, as it’s the planning and permitted development rules that can give developers a huge advantage. Take the time to understand them at a high level and have your planning consultant on speed dial. They’ll not only be able to give you a steer on specific projects, but they can also help you identify a broader strategy for planning opportunities in your area. 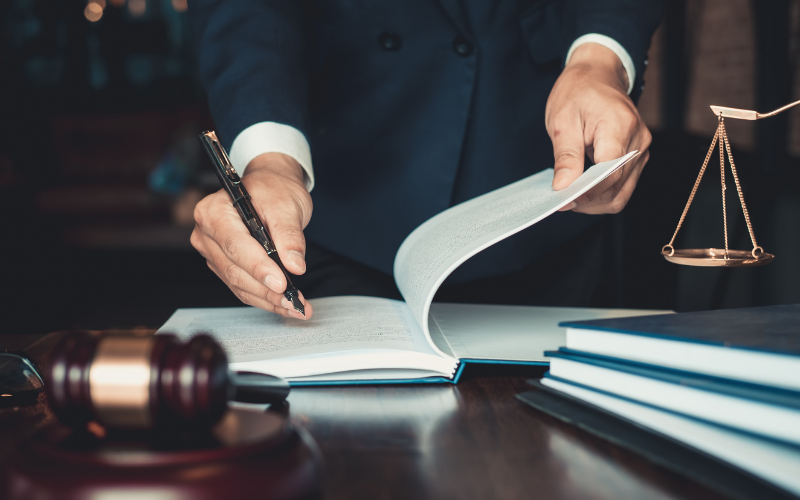 Like any profession, the development industry is littered with acronyms and abbreviations that mean nothing to most new developers. While it’s wise to learn the basics from the outset, you can’t hope to nail them all. If you hear one you don’t know, please don’t nod sagely, pretend you know what they’re talking about, and then try and remember to look it up later. If you don’t know, ask there and then, and make a physical note afterward, so you don’t forget. Remember, you’re the CEO – the entrepreneur who’s building a team of experts. You’re not expected or able to nail the detail on every aspect of a project, so never be too embarrassed to ask.

As the co-founder of a property development training company, I need to declare an interest in the next point, but please believe me when I say it can be a major factor in your success. One of the huge advantages of getting trained is learning the tips and tricks that other new developers simply don’t know about. Why is this important? It goes back to the principle that a commercial building or piece of land has a different value to different people. If you know how to ‘sweat the asset’ better than the next person, you can afford to pay more for it. Understandably, new developers are often at a disadvantage here because they have less experience and simply don’t know what they don’t know. But if you’ve been taught the tricks that allow you to do things like maximise the space, get light into a building, daisy-chain permitted development rights together, convert basements cost-effectively, add additional floors, or better utilise the existing infrastructure, then you’ve got a great chance of gaining the upper hand. 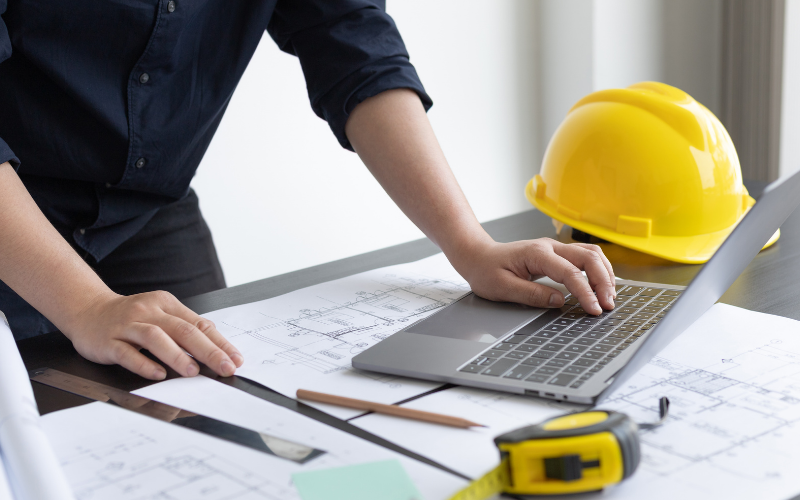 The critical point here is that, for the developer, these ideas are conceptual, not technical. What does that mean? Well, when I look at a commercial building with a cellar, I know how to get light into it without putting light wells in left, right, and centre or doing any external excavations. But I don’t need to know how to do it from a technical perspective because my architect and structural engineer will deal with that. I just need to know it’s potentially possible. That way, every time I encounter a potential project that has a cellar, I have a solution that my competitors may not have. I’ll always get my design team’s input on a project before I commit but knowing these tips and tricks lets me see the deal’s potential right off the bat.

There are dozens of such concepts, and as the CEO, you simply need to know what they are, but not how to execute them. Learning these concepts at the outset allows you to maximize a deal’s value and puts you in a far better position to win it. So, get yourself educated and gain an advantage over your competitors.

The technical aspect of development is a big subject, and, for the most part, your professional team should have your back. The trick as a developer is to understand enough about each aspect to know what should be happening at a high level and then do a deeper dive on the elements like planning where you can add more value. Just like a cabinet minister, you may occasionally need to broaden your knowledge on a specific issue that arises, and it’s important that can contextualise it in the broader project.

In next month’s final instalment in this series, I’ll be looking at how you maintain control of your project, arguably the most critical aspect of any development.