Part 3 of an eight-part series written by Ian and Ritchie for Property Investor News, featuring some of the key aspects of small-scale property development covered by propertyCEO’s ‘8-Pillars’ system. This article appeared in the October 2021 edition of the magazine.

In part 3, Ritchie looks at how to go about recruiting the perfect team of professionals for your new development enterprise.

Working in the property training industry, one gets to hear all sorts of rather grand terms for what are, if I’m honest, fairly mundane things. The term ‘Power Team’ is a case in point. The image that springs to mind is one of a muscle-bound, Lycra-clad group of superheroes who perform heroic acts on your behalf. There’s certainly a grain of truth in this interpretation, but as I think of my own power team, I feel muscle-bound would be stretching a point. And mercifully, there’s been a complete absence of Lycra in my dealings with them, although who knows what dark secrets may lurk beneath. But superheroes they may well be, for, in property development, they can certainly work wonders when it comes to delivering both your projects and your profits. 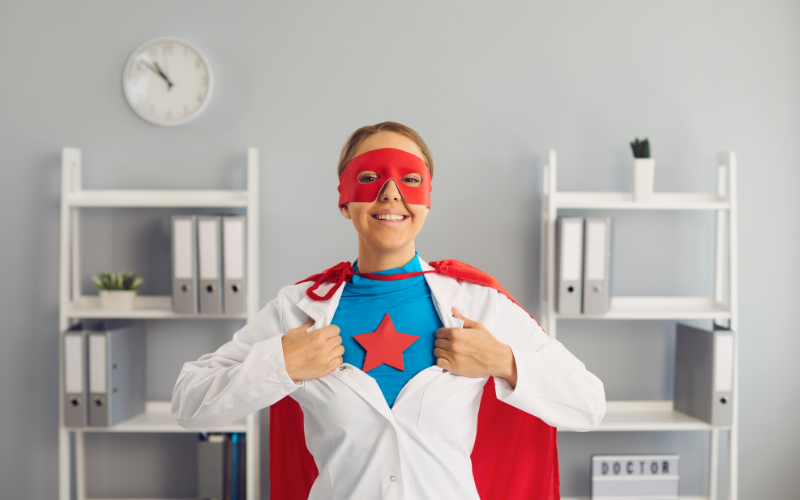 So, who’s on the list when it comes to your property development team? We’re talking here about the broad range of professionals and tradespeople who will be involved in your projects. Architects, Structural Engineers, Planning Consultants, Accountants, Solicitors, Estate Agents, Project Managers, Contractors, to name but a few. It’s quite a long list, with around two dozen different disciplines that could potentially be involved on a project. Now, I’m only two paragraphs in, but there’s something I’ve got to get off my chest. There’s a common misconception that being given access to someone else’s power team represents a benefit or shortcut. In reality, it’s usually a terrible idea. The reason my own team is so powerful is not just because they’re good at what they do; there’s a whole host of other factors involved. This includes the personal relationship and goodwill I have built with each of them, the fact that they specialise in the types of development I do, and that geographically they are based close to my projects. My preferred contractor is a very amenable chap, but even he would struggle to say yes to a project proposal from someone he doesn’t know from Adam, wanting him to build a type of project he doesn’t usually work on in a completely different part of the country to where’s he’s based. You won’t be at all surprised to learn, then, that we teach students how to create their own power team that has a direct relationship with them, rather than with someone else. Sounds sensible, but how should one go about it?

The first thing is to ensure you’ve got your branding sorted, something I covered back in part 1 of this series. Having a brand, a website, and a business card is the best way of making a good first impression, and it marks you out as a professional. Turning up without makes you look like an amateur. Similarly, you need to be able to speak eloquently about what your business is looking to do and the sort of projects it’s looking to take on. Make sure you have a niche or specialism; the ‘I’ll look at anything that makes a profit’ approach is a quick ride in the down elevator when it comes to credibility. 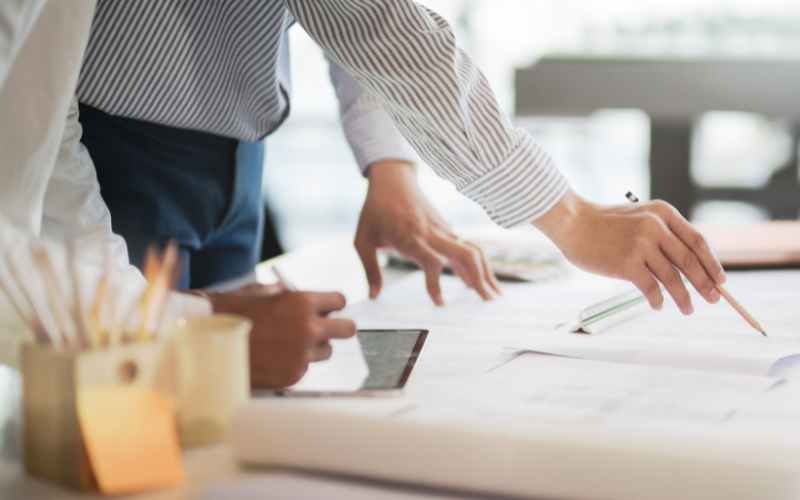 Next, you need to put some names in the frame for each key discipline you need to recruit. A critical factor to bear in mind is that it’s a case of horses for courses. I have an architect friend who designs award-winning, high-end offices. Could she design my five-unit industrial to residential conversion project in one of the less prestigious backwaters of Southampton? Technically, yes, but she’s got no experience with that type of scheme, so she’s unlikely to do the best job. The same rules apply to your contractor. So, make sure that your professionals have a proven track record in delivering the type of project you’ll be building. Be assured that your commercial lender will also want to tick this box before they part with any cash.

Some people assume that professionals will turn their nose up at newbie developers and are pleasantly surprised when this doesn’t happen. The reality is different for a good reason; a new developer who completes a successful development is likely to go on to do several more, and all professionals have one eye on a long-term relationship. One of the biggest challenges facing any new developer is that their address book is usually devoid of phone numbers of top-notch property development professionals. So, how does one go about making a decent shortlist without selecting a group of hopeless duffers?

The trick here is to use recommendations. By all means, Google suitable candidates to get yourself out of the blocks, but then make a point of actively soliciting opinions from each professional you meet, as well as from other developers. You’ll quickly find that the best people are mentioned multiple times. I also find that professionals are usually quick to recommend people they’ve enjoyed a good working relationship with in the past. Given that your team will need to work together closely, there’s a real advantage in appointing people that have a fair chance of ironing out any bumps in the road between them without coming to blows.

Recommendations are certainly a valuable shortcut, but don’t be complacent; you still need to do your due diligence. My project manager might swear blind that their brother-in-law is the best architect in the county, but that won’t stop me kicking his tyres hard before I’d consider appointing him. So, what due diligence do you need to do? Your first pass should include an extensive online review, studying their website, and any other material you can glean from the Internet. Next, you’ll want a face-to-face meeting so you can get a good feel for the person or organisation behind the ‘brand’. Property development is a people business, and your appointees must be people with whom you can establish rapport. Again, it’s a CEO thing; a stellar CV might get someone an interview, but it’s the individual behind the resume that wins the job.

But it doesn’t end there. If they’ve passed your rapport test, you now need to hear from some of their past clients. Previous customers can give a real insight into what life is really like at the coal face, but don’t settle for the edited eulogies on the professional’s website. You want to speak to a real-life client. Preferably someone who had a project similar to the type and size of your own, with whom they’ve worked relatively recently.

However, I feel the need to sound a word of caution about acting on recommendations. You may think that this recruitment exercise is going swimmingly, with your professional team almost picking itself. But beware of creating a clique. 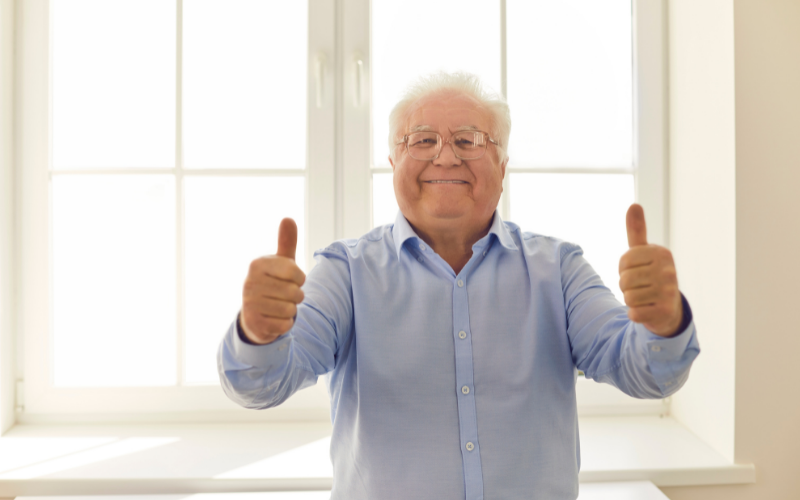 If the team is too matey with each other, then there could be an inclination for them to cover up any mistakes, or worse still, pass the cost of their mistakes on to you. It’s, therefore, usually a good idea to have a Project Manager whom you know will be loyal to you and who will call out any issues, even if it means dropping the contractor (or any other team member) in the chocolate.

A dog may well be for life, but the same isn’t true of your professional team. Yes, there are significant advantages to having a long-term relationship, and you shouldn’t be shy about leveraging this when it comes to asking for advice or favours. But invariably, once a project has finished, you’ll be left reflecting on some stellar performances from certain team members, alongside those who in hindsight probably shouldn’t have been on the first team. Worst case, there could be one or two who shouldn’t have left the dressing room. As the boss, you get to pick the squad, so don’t be shy about refining your team after each project to weed out any poor performers.

One role we train people to recruit for ahead of their first project is a non-exec advisor or NEA. This is someone who has previous industry experience, and preferably a lot of it. They could be a seasoned or retired developer or an industry professional such as an architect or project manager. Ideally, you’re looking for twenty years plus, and ‘grey hair or no hair’ is the look to go for (some of us can manage a bit of both). An NEA is a person who you can turn to for guidance and support, someone who can give you warm introductions to good professionals, and critically, someone who will provide you and your fledgling business a lot of credibility, particularly with commercial lenders. In return, you’ll be giving them a share of your first deal’s profits. The critical distinction here is that your NEA isn’t on a retainer; they only get paid once your project is sold. That way, they’re 100% aligned with your own position and will stay with you to the end. Difficult to find? Not if you know the right way to go about it. You’d be surprised how many people relish the advisory role, sharing the benefit of their experience – especially if there’s a sizable cheque in it for them at the end. The beauty of the NEA role is that it doesn’t have to be permanent, plus it gives you some money-can’t-buy benefits without costing your NEA anything other than some of their time. 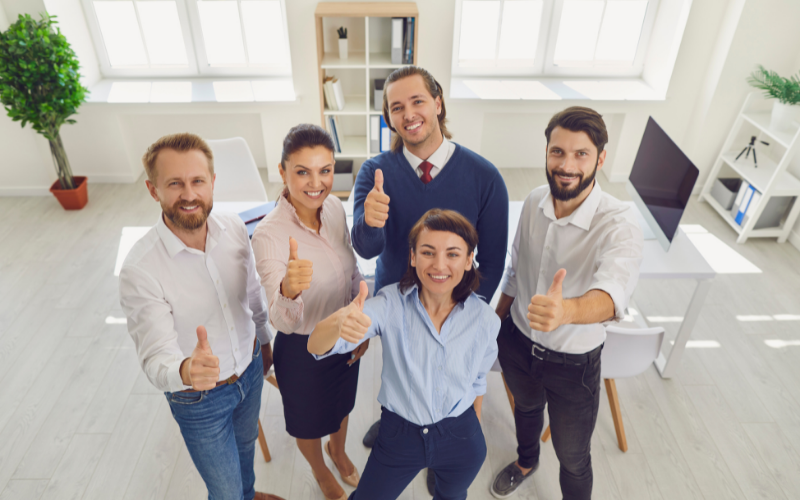 I hope these pointers will help steer you in the right direction when building your professional team. These people sit at the heart of your business, plus they also underpin your credibility. When people look at you, they see a team of professionals with decades if not centuries of development experience between them and hundreds of projects under their belt. The key to your role as developer is to manage that team as a CEO. This will enable the team to play to its strengths, plus you’ll be freed up to focus on other essential tasks, such as finding your next project.

Next month, I’ll be focusing on all things financial, and in particular why anyone in their right mind would lend you, as a new developer, the money to develop property. Intriguingly there’s a LOT of money out there. Yet misconceptions abound on this subject, and I’ll be putting the record straight on our next outing.